* In case of any delay in receiving the OTP, you may verify it later. Please proceed without verification.

Your mobile number is not registered with us. Please register your mobile no.

Golaghat is a place of lush greenery. It is the proud home to the famous Kaziranga National Park. Other than that the sprawling tea gardens of Golaghat are the primary places of tourist interest here. The Golaghat town provides a  scenic sight when one travels by road to Golaghat. So, as one nears Golaghat one can enjoy the sight of the tea gardens all along the roadside with the smell of the tea leaves in the air. Some of the popular  tourist places in Golaghat are: 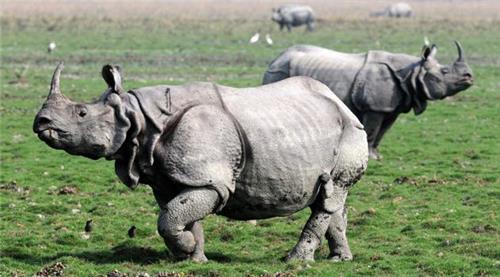 Kaziranga National Park is a World Heritage Site. The park hosts two-thirds of the world's Great One-horned Rhinoceroses. The national park also boasts the highest density of tigers among protected areas in the world and was declared a Tiger Reserve in 2006. Other than these the park is home to large breeding populations of elephants, swamp deer and wild water buffalo. Kaziranga is recognized as an Important Bird Area by Birdlife International for conservation of avifaunal species. 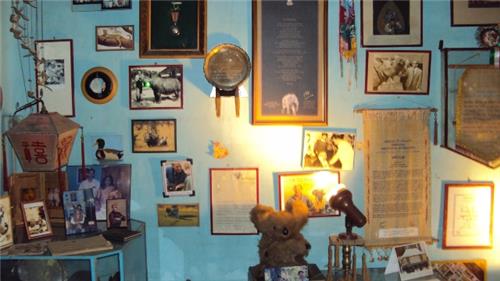 Uncle Robin’s Children Museum is situated on Mission Road at Golaghat near the residence of Dr Robin Banerjee, who was a naturalist and a well known figure. The museum has a collection of artifacts owned by Dr Robin Banerjee as well as dolls, paintings, mementos and other artifacts. The museum is a good tourist attraction of the Golaghat town. From its establishment during the time when Golaghat had no other forms of amusement or attraction spot, Uncle Robin stood as an attraction for the artifacts and essence it holds.
Dr Robin Banerjee was a naturalist of international repute, a Padmashree Award winner and a medical doctor from Edinburg and Liverpool universities. He is the one who first established the famous children museum in Golaghat district. He was born in Murshidabad district of West Bengal and joined the British army in 1937, after attaining his medical degree from UK. He later came to Assam to work under a Scottish doctor in the Chabua tea estate. With time, he came to know about the rich culture ands heritage of Assam and being a naturalist was attracted to the rich flora and fauna diversity of the region. He then decided to stay back in Assam and got a permanent post in Dhansiri Medical Association, Bokakhat, under Kaziranga. Uncle Robin passed away just six days before his 95tth birthday without fulfilling his one and only wish of building Uncle Robin Museum of Natural History.

The museum is full of dolls, artifacts, mementos and other personal collections of Dr Robin Banerjee. There are 587 dolls and 262 other showpieces in the museum. These include many gifts which Uncle Robin received during his travels. There are 194 paintings and 19 award winning photographs in the museum which are Uncle Robin’s creation. Among the 93 artifacts present in the museum, worth mentioning are the Naga Warrior’s head hunting basket, Dalai Lama from Patala palace, Tibet made up of fish bones and a small beautiful horse made up of turquoise. There are also a collection of 26 documentary films from 1953 to 1998 shot by him and six other films which are there without editing. The museum remains open from Monday to Friday from 10 am to 1 pm and from 2 pm to 4 pm. 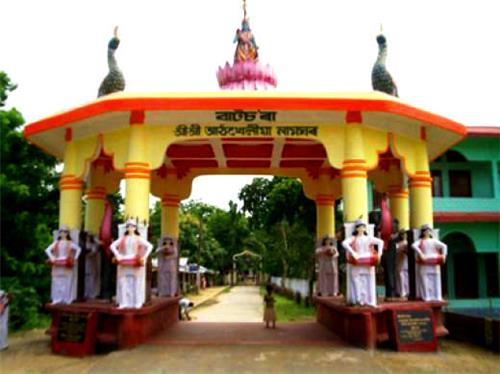 Situated at a distance of about 20 kms from Golaghat town, Athkhelia Namghar is a very important pilgrimage centre for Assamese people. According to the legends the history of Athkhelia Namghar dates back to the period of 1670 to 1681. At that time Ahom kingdom was ruled by Lora Roja. Gadapani, one of the Ahom princes of that time, in order to save himself from the clutch of Lora Roja, took shelter in Athkhelia Namghar. Later when he becomes the King of Ahom kingdom he entrusted the task of maintaining and preserving this sacred place to eight selected Khels of that area. As all types of religious activities were undertaken under the supervision of these eight khels this place came to be known as Athkhelia. 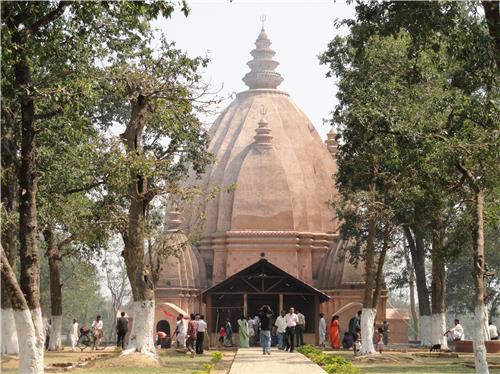 This ancient Shiva temple is located around 20 kms from Golaghat in a hillock. It is a famous temple with devotees from across the region visiting it every year. It is situated around one and a half kms from the NH 36 and was first constructed by the Kacharis during the 8th-9th century AD. The temple with the lush green tea gardens and natural beauty is a popular picnic spot.

According to legend, a sage named Urva wanted to establish a second Kashi right on this place and so he collected lots of Shiva lingas and brought it here. There was initially a stone temple which was worshiped by the sage. It is believed at present that there are still a number of Shiva Lingas buried under the land.

The place where the temple is located was once the habitat of a bird locally known as Negheri. From that day, the place came to be known as Neghereting.

The present structure of the temple was built by Rajeshwar Singha during the 18th century after it was destroyed by floods (originally built by Pratap Singha). After the Linga was immersed in the water of the river Dihing, Rajeshwar Singha brought it and reconstructed the present temple. This temple was highly regarded by the Ahom kings during their time. The Bana Linga of 3 feet in diameter enshrined in the sanctum of the temple is embedded in the center of a large slab on which a number of Shiva Lingams are carved. The temple walls have sculptured images in them and there are four other temples of Lord Ganesha, Goddess Durga, Lord Vishnu and Lord Surya adjacent to the main temple. The main attraction of this temple are the monkeys seen here. The temple is a house to the Rhesus monkeys present in the temple and its vicinity. 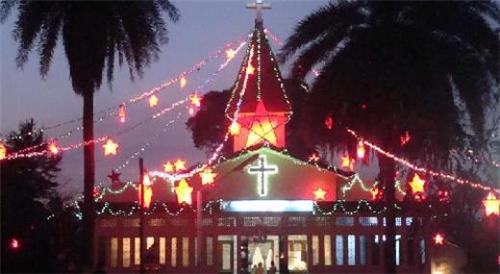 One of the oldest and biggest Baptist church, the Golaghat Baptist Church came into being on December 1898. This Church was set up by Dr. O. L. Swanson who was a missionary from America and came to Assam in 1893. 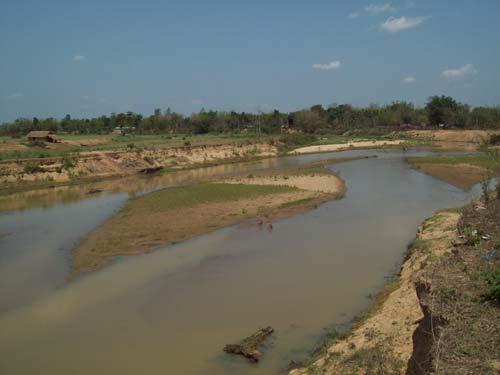 Dhansiri River is one of the main tributaries of the mighty Brahmaputra. It originates in the Laisang peak of Nagaland and flows through Dimapur district of Nagaland and Golaghat district of Assam. It flows from these two districts covering a distance of 352 kms from south to north before finally joining the Brahmaputra on the south bank. Earlier the Dhansiri joined the Brahmaputra after flowing through the Kaziranga National Park. However, this point of confluence has changed the course to meet the Brahmaputra 5 kms from the National Park. The abandoned course which currently flows through the Kaziranga National Park is called the Mora Dhansiri.

The Dhansiri has a catchment area of around 1220 sq kms. The part of the river flowing as a boundary between Karbi Anglong and Nagaland has vast expanses of wilderness in its banks. The banks are characterized by rich wildlife species thriving on the river. On one side of the river is the Dhansiri Reserve Forest and on the other side is the Intanki National Park. The banks have several types of important wood trees forest like the Itanki forest. The Dhansiri along with the Kapili has erosion which completely isolated the Mikir hills from the peninsular plateau. There are also several perennially waterlogged swampy regions which are locally known as Beels.

Golaghat is connected to all the major cities of India through airways, rail and roadways.

By Air: The Rowriah Airport in Jorhat is the nearest airport to the Golaghat town.

By Rail: There is an Intercity Express Train which runs from Guwahati to Golaghat and other trains coming to and from Golaghat.

By Road: The NH 37 connects Golaghat to the neighboring places. There are many private buses and ASTC buses which run from Guwahati and other adjoining places to Golaghat.

There are many fine hotels in Golaghat which provide excellent lodging and fooding facilities to the tourists. Some of them are Bhograj Hotel, Nambor Guest House, Wild Grass Lodge and Kaziranga Resort  among others.